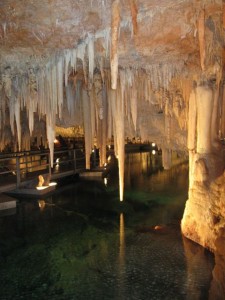 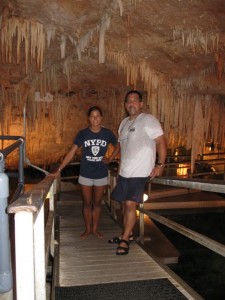 Jenny and Carl prepare for a dive in Crystal Cave

We had another busy day today! Terrence needed to install some equipment into Crystal Cave – the sister cave to Fantasy and on the same property, so we (Carl, Terrence, Jenny, and Amy) met at the caves this morning and loaded gear into Crystal. Crystal Cave has fewer steps, and tourists view the sites via a floating dock, which is kind of neat! The formations in both caves are stunning, but being able to walk across the water in Crystal is really quite amazing! 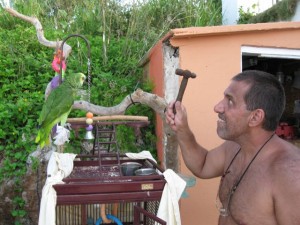 Carl and Jack, the Triangle Diving Mascot..who was getting a little cheeky with Carl today!

The water is so clear, and Carl was salivating to “get in”! Once in the water, they took off for a 45 minute dive, and then we made a hasty retreat back to Fantasy to download data and to prepare for the broadcast. Carl is STILL talking about this dive tonight – he was soo excited!

Today’s venue was Orlando Science Center’s Oceanography Camp, and all was going well until we lost the audio/video feed FROM them to us. The problem has now been fixed, and we are looking forward to tomorrow’s public broadcast with lots of familiar faces present! A big thank you to Bob, Renee, Marissa, and Kris who will be there in Orlando on site leading all kinds of workshops related to cave diving, exploration, and conservation! What an awesome treat that will be for visitors! 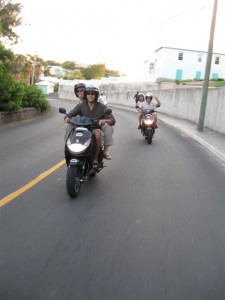 And, rounding the bend, it's Rife and Nelson in the lead with Katsaros and Jones close behind

After the dives, we headed for Triangle Diving to fill tanks and grab some lunch at Grotto Bay. Graham Maddocks (the owner) and his family invited us all over for dinner – again – and so we enjoyed a leisurely evening on the dock and swimming at Triangle before heading to Graham’s house. The IntX crew joined us, and we spent another wonderful evening with AWESOME food at the Maddocks’ home. Their friendship, generosity, and hospitality is certainly something we’ll all miss when we are back home! We can’t thank you all enough!

We are heading to bed early tonight to get ready for tomorrow. The Cambrian crew is heading to install some instrumentation early in the morning (like before the roosters wake!), and then we’ll all gather at Fantasy Cave for our Scienterrific broadcast to Orlando Science Center. 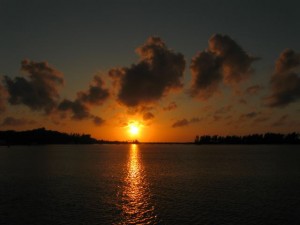 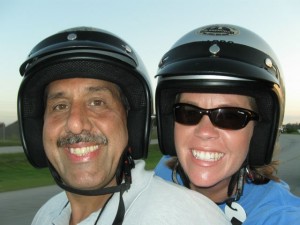 The Italian Scooter team of Saieva and Giannotti..self-portrait while en route!