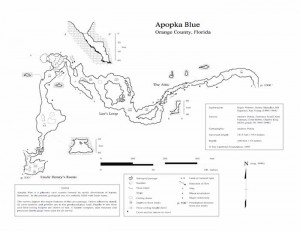 Apopka Blue sink is located on a conservation area just outside the urban area of the City of Apopka. Like much of central Florida, the Apopka Blue watershed is under increased pressure from development and urbanization. With a species of cave crayfish known ONLY to this system, protecting this watershed is critical to ensure survival of this threatened species.

The City of Apopka lies 12 miles northwest of Orlando, and is situated between the expanse of Lake Apopka, and the 42,000 acres of conservation land found within Wekiva River Basin State Parks. Apopka is known as “The Indoor Foliage Capital of the World” after having long been a town established on the fern cultivation industry. 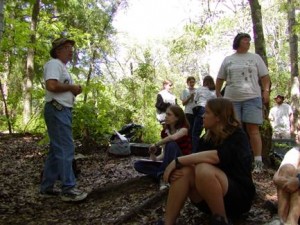 Mark Miller, Recreation Director for the City of Apopka, explains to Girl Scouts the importance of managing conservation lands

Originally incorporated in 1882, the city is now home to 40,000+ people, many businesses, and comprises an area larger than 33 square miles.