A food web refers to an interconnected series of food chains by which energy is transferred in an ecosystem from one organism to another. In most terrestrial and aquatic ecosystems, sunlight provides the energy which producers (plants) use to make their own food. They, in turn, serve as a food source for animals (herbivores), and the herbivores feed the carnviores, who subsist by eating the next lowest member in the sequence.

Food web studies are important for evaluating the health of ecosystems since higher-level organisms are directly dependent upon the health of the primary producers. The biomass produced by the resident chemoautotrophic microbial communities in Wekiwa Springs Cave is high. For a site deep in the cave, biomass estimates are similar to those in the alpine desert or scrubland tundra. This production rate is remarkable for a system with no photosynthetic activity and suggests that the bacterial chemosynthesis in submerged caves can also provide a plentiful source of energy and nutrition to support the higher life forms endemic there, similar to that which has been demonstrated in subaerial caves. The current hypothesis is that these organisms are feeding, at least in part, on the organic matter produced by the microbial mats in these caves. 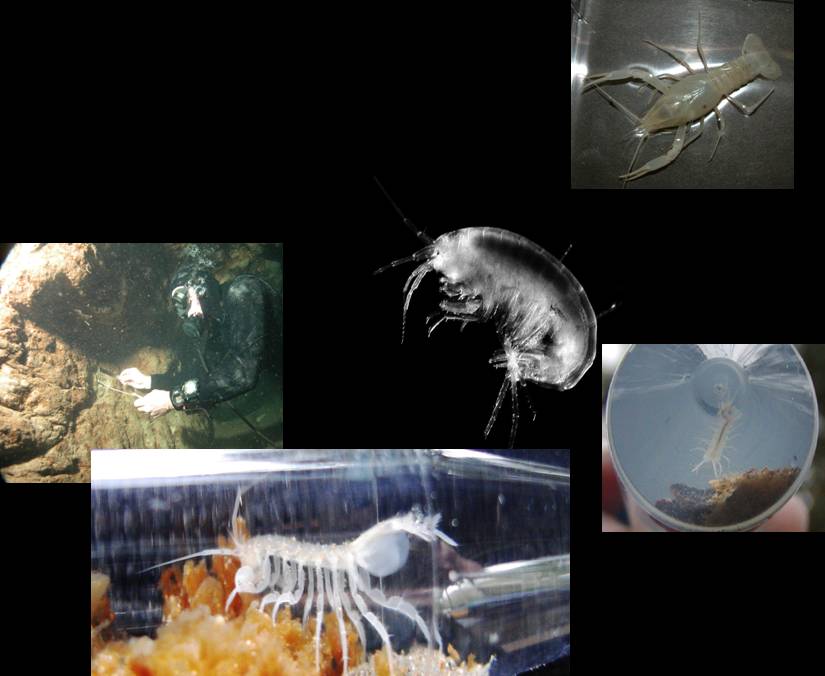 Example of food web in submerged caves whereby bacteria breakdown rock to produce food for themselves; they, in turn, nourish the isopods, amphipods, and crayfish.