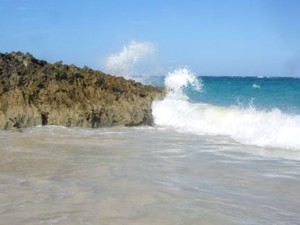 Karst is a specific type of terrain that is formed from the dissolution (dissolving) of limestone, dolomite, and/or gypsum. “Karst” is derived from the unusual limestone terrain in Slovenia called “Kras”. This region lies north of the Adriatic Sea, and is comprised of soluble bedrock and little to no topsoil. The geology of karst systems is characterized by caves, cenotes, sinkholes, springs, water table fluctuations, disappearing streams, etc. Karst formations occur as the result of carbon dioxide (CO2) in our atmosphere and soil mixing with water (H2O) and creating a weak form of carbonic acid (H2CO3). This acid is capable of dissolving limestone (and other soluble bedrock), leaving behind passages, conduits, and other unique formations and features. 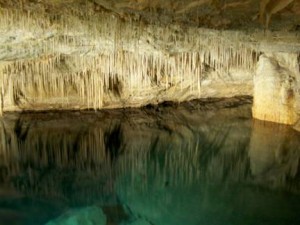 Additional rainwater over time enlarges these openings, and an extensive network of subterranean passages is formed. Karst terrain usually lacks running surface waters and thick layers of soil that would otherwise enhance water filtration as it percolates down through the soil.

According to the Karst Waters Institute, more than 25% of the world’s population relies on karst aquifers for their water supply. In Florida, 90% of the population gets drinking water from the underground aquifer system. Karst harbors a biological suite of organisms that are often not found anywhere else on earth. These animals have unique adaptations for life in the (sometimes submerged) subterranean environment (no eyes, no pigment, alternative food sources, modified reproductive strategies, etc.). In fact, Florida karst systems contain among the most diverse aquatic faunas (animals) nationwide. Because karst features are so porous, fauna endemic to these habitats and humans that rely on them for drinking water, can be exposed to groundwater contaminants and pollution. Unfortunately, as population density in the recharge areas above the aquifer increases, the quality of the groundwater has declined, and the organisms associated with the springs and cave systems have been negatively affected. 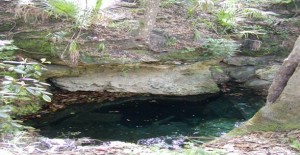 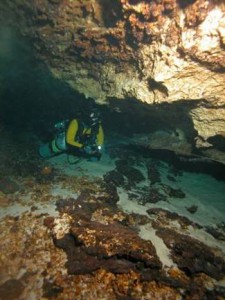 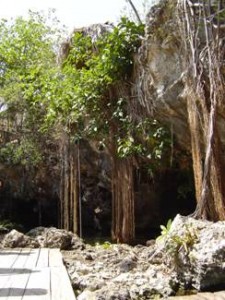 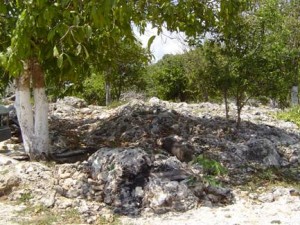 Soil is nearly absent in karst areas of Yucatan