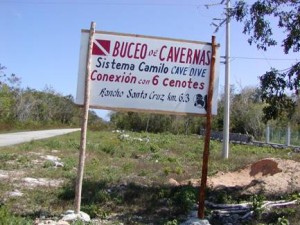 Sistema Camilo is, according to the Quintana Roo Speleological Survey, the 11th longest submerged cave system in the world. It was named in honor of Don Camilo, one of the owners who made up the ejido, or family group, that lives on and manages the land above the cave system. The generosity and hospitality of the Camilo family are a significant part of what makes this project possible. Approximately 36,000’ of passage have been explored, mapped, and surveyed to date. Located near the village of Tulum, this system is highly decorated with a variety of stunning speleothems – stalactites, stalagmites, flowstone, columns, rimstone dams, etc. 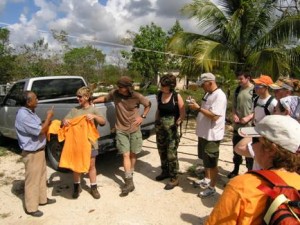 Cambrian team members visit with Don Raphael, a member of the Camilo family and thank him for his many years of continuing support.

Although it is now entirely filled with water, the presence of these formations indicates that during ancient times, this cave was once dry. The slow precipitation of calcium carbonate over time caused these formations to appear. As sea levels changed, glaciers melted, and the subsequent rise in our oceans filled these caves with water. Today, the Yucatan Peninsula is underlain by a labyrinth of submerged cave systems. 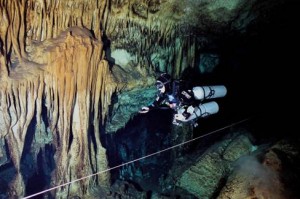