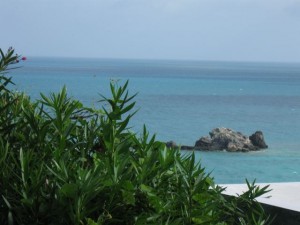 View of the reef offshore from Clear View Guest Cottages

We began our morning by gathering at Clear View for our first visit to Fantasy and Crystal Caves. Fantasy Cave is the site of the upcoming interactive broadcasts, and we needed to visit to make measurements and plan areas for setting up equipment, etc. Terrence introduced us to the managers and tour guides that we will be working with over the course of the next few days. Fantasy Cave was discovered in 1908, and it is thought to be 1.6 million years old. There is a very steep descent leading down in to Fantasy with 88 VERY vertical steps! This will be a challenge hauling in all kinds of camera equipment. After our recon work here, we headed over to Crystal Cave – also on the same property – to tour this cave. Both of these are part
of the Walsingham System, one of the largest cave systems on the Island. 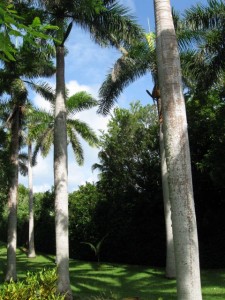 We broke for a late lunch, and spent the afternoon in different locations working on tasks for the next day. Carl began rigging all of the lighting, audio, and camera needs – and made MANY trips to town, courtesy of Rehan..thanks Rehan! We would be lost without your help and smile every day! Jenny, Terrence, and Amy joined Graham Maddocks of Triangle Diving out on the reef to check out a capsized sailboat and develop broadcast plans that will integrate with Interactive Expeditions (IntX) equipment capabilities. The IntX crew readied their gear and enjoyed a bit of time snorkeling just offshore at Clear View.

Graham and his family graciously invited us for dinner at their house in St. Georges, and we enjoyed a lovely barbeque on the grill. It was delicious food, and we spent most of the time laughing and learning about Bermuda. Thanks very much to Graham, Leila, Jammi, and Rehan for an awesome evening of food, folks, and fun! Tomorrow we begin the official setup! 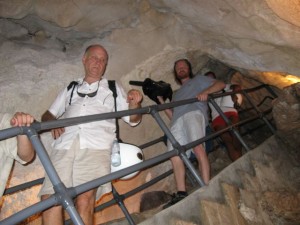 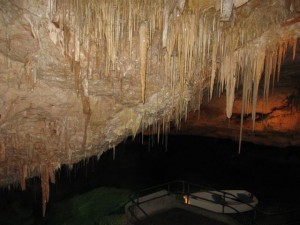 Stalactites near the pool at Fantasy Cave 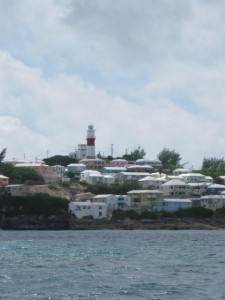 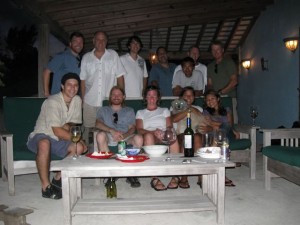 The Cambrian and IntX crews at Maddocks' residence