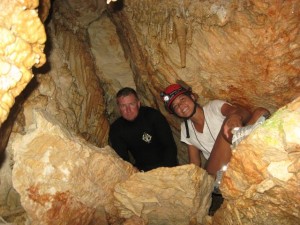 Terrence and Jenny discover the passage between Crystal and Fantasy

Today was our day off, and although we were all looking forward to a day out on the reef, Mother Nature had other plans. The IntX crew looked for some kitesurfing, Terrence was a bit under the weather, and Amy spent the day on the dock at Triangle Diving snorkeling and swimming…was relaxing. We were sad to say goodbye to Phil, Carl, and Jenny today…they left Bermuda and will be missed! Hopefully we’ll see them online tomorrow night!

The wind and the rain started in the afternoon, and we all spent the remainder of the day indoors. Amy went with Pam (Gil’s wife) to feed a horse and visit with some barn kitties – nice tour of the Island – thanks Pam!! And then Pam cooked us all a nice dinner of pork, pasta, and veggies – yum! 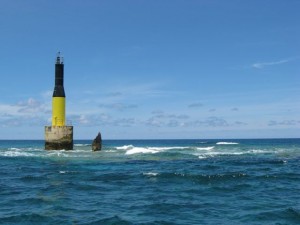 Tomorrow is our final broadcast to the Moody Gardens Aquarium in Galveston, TX…Sam Waltman – our liaison there – has been tirelessly working with the IntX crew to make sure that all goes well! We will get a good night’s sleep and be ready for errands in the morning. Included here are some pictures from the past few weeks, courtesy of Jenny Gautier. 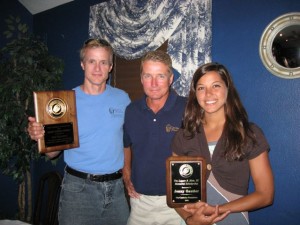 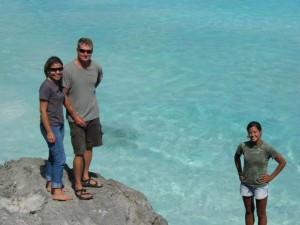 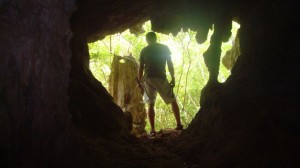 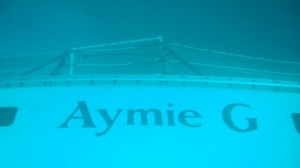 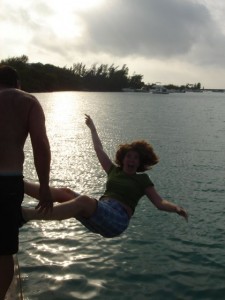 Last one off the dock is a rotten egg! Thanks, Carl... 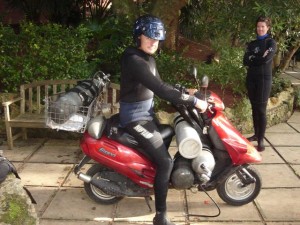 Terrence and the Red Menace