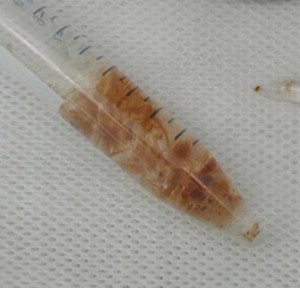 Bacteria are single-celled organisms that are found everywhere on earth. They are prokaryotes, which means they lack a nucleus, and other organelles found in eukaryotic cells. Their distribution and abundance depend on the availability of food, nutrients, energy, and environmental conditions (like temperature, pH, oxygen, etc.). They are essential to proper functioning of ecosystems, and they make life as we know it ‘possible’. Worldwide, it is estimated that there are 1,000,000 different species of bacteria; to date, we have identified roughly 4,200 species – less than 1%.

Because some species can survive without sunlight and use alternate sources of energy, bacteria play an important role in sustaining life in extreme environments, like deep sea (hydrothermal) vents, caves, hypersaline environments, deserts, etc. In cave systems, their physiologic and metabolic processes influence rates of weathering and speleogenesis. Since these microbes can assimilate inorganic materials into their body tissues and grow into mats, colonies, etc., bacteria are also likely an important food source for higher order animals that live in these extreme environments. 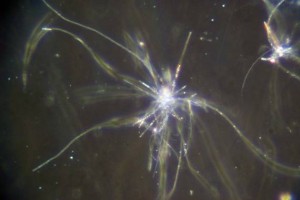 While some bacteria are responsible for causing disease, there are many species that provide us with food, clean water, medicines, etc.