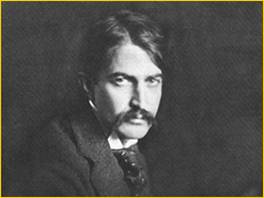 Born in 1871, and raised in New York and New Jersey, Stephen Crane became one of America’s most well-respected journalists, novelists, and poets despite little formal education. Crane is probably best known for his 1895 Civil War novel, The Red Badge of Courage.

While not an exemplary student, Crane had a deeply rooted interest in history, literature, and military conflict. In 1896, and after winning national accolades for The Red Badge of Courage, Crane was asked to served as an undercover reporter aboard the SS Commodore and cover the Spanish American War for The New York Press/Journal, which was owned by American newspaper magnate and publisher William Randolph Hearst.

On New Year’s Even of 1896, Crane (using the alias Samuel Carleton) departed Jacksonville, FL, en route to the Cuban port of Cienfuegas. On January 2, 1897, at 7 am, the SS Commodore sank 12 miles off of Daytona Beach in heavy seas. Crane was one of the last sailors to leave the ship, and he joined three other men in a lifeboat and headed for shore. Guided by the lighthouse at Mosquito Inlet, now Ponce Inlet, the men finally landed on shore 30 hours after the SS Commodore disappeared from the horizon. Crane wrote about this harrowing ordeal and brush with death in his 1898 short story, The Open Boat. He died two years later, in 1900, at the age of 28.